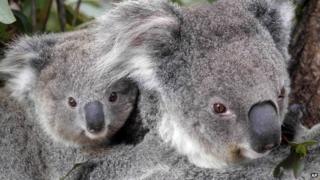 They're one of Australia's most recognisable animals - but now koalas have been listed as a threatened species in parts of the country.

Scientists says numbers have been falling in three areas down under: Queensland, New South Wales and the Australian Capital Territory.

Reasons for the decline include damage to habitat, road deaths and disease.

But the picture isn't all bad - koala numbers are thriving in the states of Victoria and South Australia. 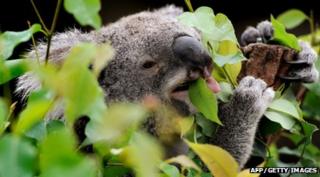 AFP/getty images
Koalas sleep for up to 20 hours a day!

It's not clear exactly how many koalas there are in Australia - estimates vary from several hundred thousand to as few as 43,000.

In New South Wales and Queensland, koala populations have fallen by as much as 40% over the past 20 years.