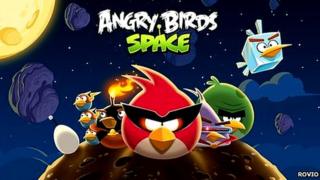 The massively popular game Angry Birds has been awarded "best game" at an event for smartphone and tablet computer apps.

It's the second year running it has won at the Appys award ceremony in London.

Other winners included YouTube and BBC News. Short lists were drawn up by app experts, and the winners were chosen by public vote.