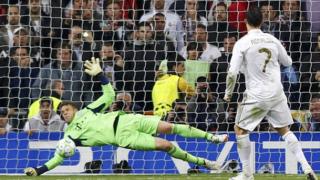 Bayern Munich have beaten Real Madrid on penalties to book their place in Champions League final against Chelsea, on 19 May.

With no winner after extra time, the match was decided on penalties.

After Ronaldo had his penalty saved by the German goalie Neuer, Bayern stayed ahead and won the match.