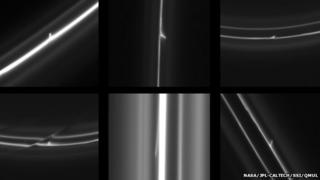 These images from the Cassini spacecraft show icy objects half a mile wide punching through the planet's F Ring, leaving a glittery trail.

The snowballs are formed by the gravity of the moon Prometheus pushing together icy particles from the ring.

Until now, scientists didn't know what happened to them after they were created. 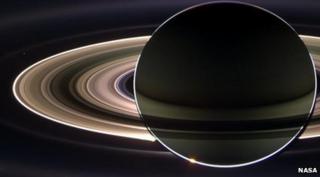 NASA
Saturn is famous for its rings

He said: "The F Ring region is like a bustling zoo of objects from a half mile in size to moons like Prometheus a hundred miles in size, creating a spectacular show."