Doctor Who's sonic screwdriver has become a reality 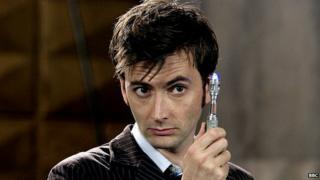 Scientists inspired by Dr Who have created a real-life sonic screwdriver.

Doctor Who's tool uses ultrasound waves to move things without touching them and now this technology has become a reality.

Physicists at the University of Dundee have made a tool that can lift and spin objects using an ultrasound beam.

But it won't be used to open doors or defeat daleks - but in medicine, to guide drugs to an exact point in the body and make surgery easier.

Ultrasound is like any other sound wave but humans can't hear it. Among other things, it's used to take pictures of babies in the womb.