Could One Direction play for you in hologram form? 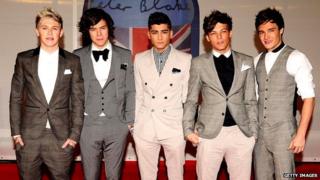 The latest in hologram technology means your favourite stars could soon be popping up everywhere.

A high definition 3D projection allowed rap star Tupac Shakur to perform for fans at a festival even though he died 15 years ago.

It took experts over four months to create him, using a mix of video footage and CGI but exactly how it works is a secret.

The super life-like superstar has got the music industry pretty excited.

It's not only dead stars who could be brought back - living stars could perform in more than one place at the same time.

So who knows, maybe Harry and chums could be serenading you sooner than you think.