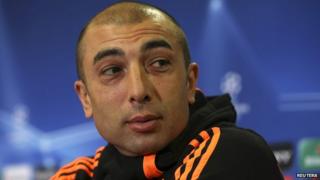 Chelsea are getting set for the biggest game of their season, as they prepare to take on Barcelona in the Champions League semi-finals on Wednesday night.

Although underdogs, The Blues are on a roll having thrashed Tottenham 5-1 in the FA Cup on Sunday.

But despite that result, the caretaker boss Roberto Di Matteo says it will take "two perfect games," to beat the European Champions.

"It's the biggest challenge for any manager in the world," he said.

Chelsea have won nine and drawn two of their 12 matches since Di Matteo took charge following the departure of Andre Villas-Boas. 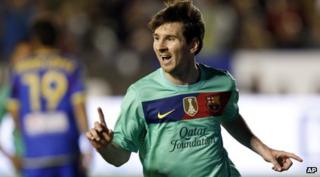 AP
Will Chelsea be able to stop Messi, 'the best player in the world'?

But Barcelona's run of form is even better, having won 11 consecutive games in the Spanish league.

The last time the two sides met was at the same stage of the Champions League in 2009.

The Spanish giants won that time around but Chelsea were angry at what they saw as refereeing mistakes during those two legs.