David Beckham's dreams of playing at the Olympics are still alive, after he made the latest shortlist for the British football squad.

Stuart Pearce, who is in charge of selecting the team, has cut the initial 191 man list to just 80.

Beckham, who turns 37 next month, is now likely to be one of three over-age players in Pearce's 18-man squad.

Olympic rules mean only three players over 23 years old can be included.

The final list will be announced at the end of May. 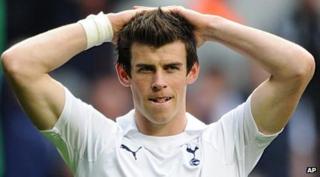 The former Chelsea star, Joe Cole, is also still in with a chance, along with a number of younger players including Birmingham's Jack Butland.

Team GB will find out who they will play in their three group games on Tuesday 24 April.

As host nation, they will be one of the top seeds, so will probably avoid the likes of Spain and Brazil in the early rounds.