Grand National 2022: Everything you need to know 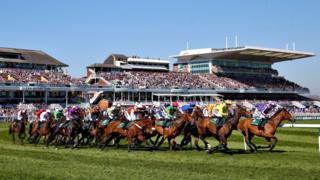 The Grand National is one of the most famous and unpredictable horse races in the world - and it takes place on Saturday 9 April.

It's a hugely popular event and about 600 million people watch it on TV all around the world.

Lots of people follow it at home, and you and your family might even pick your own favourite horse - often based on its name and colours.

The race is part of a three-day race meeting held in Liverpool, with more than 150,000 people attending.

Have you ever heard of horse vaulting?

When did it all begin?

Aintree Racecourse, in Merseyside, has been the home of the famous Grand National since its first running in 1839.

A version of the race took place before this, but 1839 is accepted as the official start of the race as we know it today. 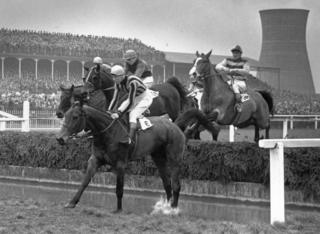 Hulton Archive
In this photo, riders are taking on the famous Water Jump back in 1954

The race has changed a lot since it began.

The courses and fences have been tweaked over the years - not least to make them safer for the horses and jockeys. The starting line has also moved further away from the main stand to help the horses to remain calmer at the beginning.

But throughout the years, it has always been one of the biggest jump races for horses and riders in the world - and it is currently the longest race in the UK.

The Grand National is held at Aintree Racecourse in Merseyside.

During the three-day event, more than 20 different races will take place.

In the biggest race - the Grand National - horses have to complete two laps of the course, covering four-and-a-half miles and jumping 30 fences.

There are 16 different jumps, known as fences, on the National Course.

All 16 are jumped during the first lap but on the second lap of the circuit the horses only jump 14 of them - so that makes 30 fences in total for the race.

The fences are different widths and heights, and some of them have different names. 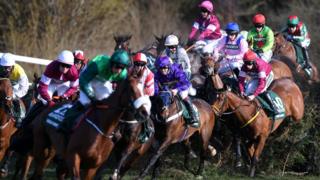 One of the most famous fences is called The Chair, which is the tallest on the course at 5 feet 3 inches.

The ground on the landing side is higher than the side the horses take off from, and there's also a six-foot ditch that horses have to jump over before the fence.

Fortunately, The Chair is one of the two fences that riders only have to go over once, rather than twice like most of the others. 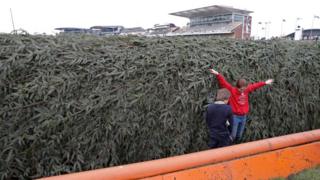 Campaigners and animal rights charities have often complained that the Grand National isn't safe for the horses involved and that the race is too dangerous.

In both 2011 and 2012, two horses died racing in the Grand National race itself and charities like the Royal Society for the Protection of Cruelty to Animals (RSPCA) said things had to change.

For the last 30 years, the RSPCA has been involved with discussions, research and reviews that have helped change racing there.

Organisers of the race have made the fences lower and drops shorter to reduce the danger of the race.

For instance, the first fence at Aintree's Grand National has been widened, so the horses are less likely to bunch together and fall in the rush to get ahead.

Fences used to have deep drops immediately afterward so the horse landed on a surface lower than where they took off. Many of those have been removed, reducing the risk of horses falling, although Becher's Brook still has a deep drop.

They also added new softer plastic centres to the fences in 2013 to make them safer. 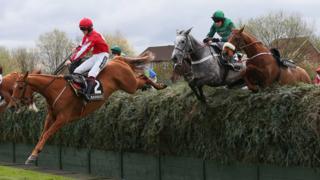 Getty Images
At Becher's Brook, the landing side of the fence is 10 inches lower than the take-off side

But many campaigners say more needs to be done.

Previous Aintree boss John Baker said in 2017 they will "never be complacent" about safety, but added that "you can't ever fully remove the risk".

Red Rum died in 1995 at the age of 30 and was buried near the winning post at Aintree. 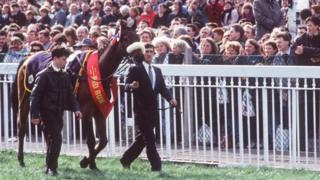 In 1993, no one won because there was a false start - some riders didn't realise and carried on so the race had to be cancelled!

George Stevens is the most successful jockey in Grand National history.

He has won the Grand National five times, but given that his final victory came back in 1870, you probably weren't around to remember this! 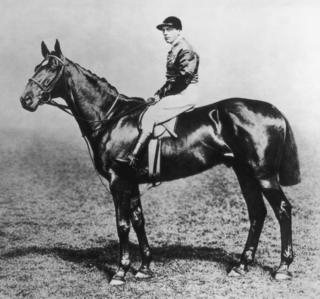 Hulton Archive
Ambush II, who won in 1900, was owned by Prince Edward VII who became King of England less than a year later

The fastest time ever the course has ever been completed in was by Mr Frisk in 1990, who covered the four miles and 514 yards of the race in just 8 mins 47.8 secs.

• Bruce Hobbs had just turned 17 three months before the Grand National when he won in 1938, making him the youngest ever winner.

What's the difference between a horse, a donkey and a mule?