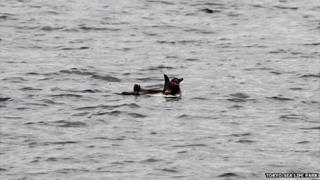 A Japanese zoo has called off the hunt for an escaped penguin, which broke out at the beginning of March.

Keepers from Tokyo Sea Life Park have spent the last month searching the river where it was last seen.

They only realised the Humboldt penguin was missing after someone took a photo of it swimming away (and appearing to be waving at the camera!).

A zoo official said: "We believe the penguin is doing OK somewhere in a river near Tokyo Bay." 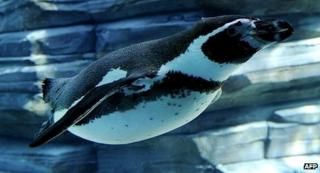 AFP
The fugitive chick is a Humboldt penguin, like this one

The bird is thought to have scaled a rock twice its size during its daring escape.

The zoo hasn't given up hope of finding it eventually though.

In August, the bird will moult and reveal its adult black-and-white feathers. They hope that then more people will recognise it as a penguin and report back to them where it is.