Scientists working to save bees from parasitic mite 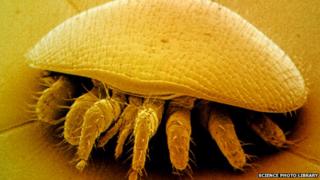 Scientists are trying to get tiny parasites to destroy themselves in order to save Britain's honey bees.

The blood-sucking parasites, called varroa mites, live in beehives and attack the bees making them more vulnerable to diseases.

Up to now beekeepers used pesticides to kill the parasites but the mites have now become resistant to the chemicals.

So the plan is to create genetically modified varroa mites which end up destroying themselves. 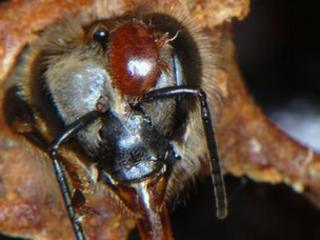 Other
Varroa mites hang around on bees, which makes them pick up diseases.

Scientists at the University of Aberdeen have been given £250,000 to try to find a way of confusing the mites' bodies to make them attack and kill themselves.

Why bees are important to us

It comes as the charity Friends of the Earth has warned that Britain may lose lots of money if we lose our bees.

When bees collect nectar from flowers, they pass pollen from one plant to another, allowing those plants to reproduce.

This is really important for farmers' crops, which we need to make food like bread and cereals.

The charity says it would cost £1.8billion for us to pollinate flowers and crops ourselves without bees.

Scientists are hopeful that killing the parasites will be one of many different ways to save our bees.