A new study suggests why we can't see many stars 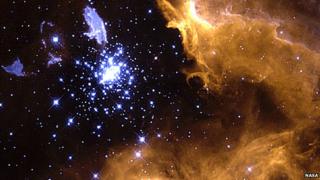 A new study from campaigners says light pollution is stopping us from seeing the stars in the sky at night.

The findings, announced by people who want to reduce electric lighting at night, say street lamps and lights in shops and offices are to blame.

They say more than half of us can't see many stars at all, because of the light pollution.

Members of 'Campaign for Dark Skies' want more done to turn out the lights and let more of us see the night skies.

They got almost 1,000 people to pick a clear night in January or February and count the number of stars they could see in the constellation called Orion.

If the sky was completely clear and able to be seen without street lights, the experts reckoned 31 or more stars should have been visible.

But just over half of the star-counters said they couldn't see more than 10 of Orion's stars. 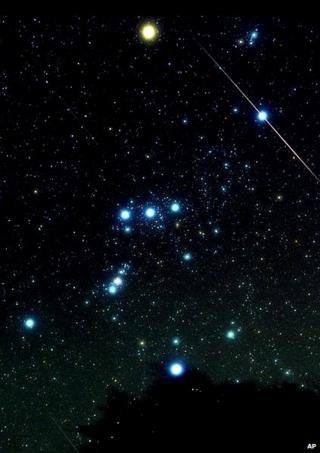 AP
This is the Orion constellation taken with a time-lapse camera. The three stars in the middle are known as Orion's Belt. On a clear night they should be easy to spot.