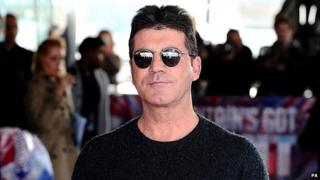 More people watched The Voice than Britain's Got Talent over the Easter weekend, and Simon Cowell even congratulated the BBC show on its success.

There's a big rivalry between the two talent shows which go out on different channels on Saturday nights.

The Voice is on BBC One and BGT (with Simon as a judge) is on ITV.

An average of 9.5 million viewers watched The Voice, compared with 9.1 million for BGT.

Simon went on to say: "But you didn't have a dancing dog", referring to Pudsey the performing pooch who starred on BGT.