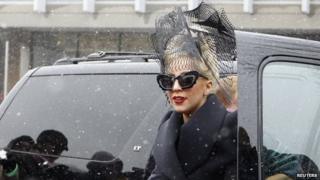 Lady Gaga will play shows in London and Manchester as part of her new massive Born This Way Ball world tour.

The singer will perform at London's Twickenham Stadium on 8 September and Manchester Arena on 11 September.

The tour is Gaga's first since the release of her album Born This Way last year, which has sold nearly six million copies.

Rock band The Darkness will support the pop star on her European dates.

Gaga's team have described the tour as "an electro-metal pop-opera".

Tickets for the UK gigs go on sale on Friday 13 April.