Guide: What does a hosepipe ban mean? 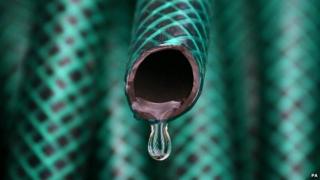 Around 20 million people have been hit by a hosepipe ban in southern and eastern England.

But what does it mean? Read our guide to find out!

What does a hosepipe ban mean?

There are a number of things you're not allowed to do with your hosepipe during a ban. You can't...

But you CAN still water your garden with a watering can and wash the car with a bucket of water.

Which areas are affected?

Seven water companies in southern and eastern England have introduced a ban. 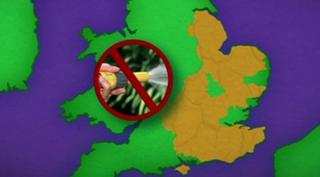 Why is there a hosepipe ban?

It means that river, reservoir and groundwater levels aren't high enough to supply people for the rest of the year.

How long will it last?

It's expected to last throughout the summer, although water companies say it could be cut short if there's more rain.

What happens if I break the ban?

You could be taken to court and fined up to £1,000 - but this has never happened to anyone yet.