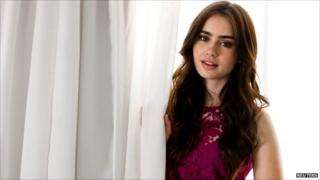 Mirror, Mirror is a comedy adventure based on the classic fairytale Snow White and the Seven Dwarves.

It's set in a kingdom where a vain and cruel queen rules over her people using magic to get what she wants and to stay looking young.

She lives in a big palace where her daughter-in-law Snow White is kept prisoner because the queen is jealous of her beauty.

As Snow turns 18 though she ventures out of the palace and joins Seven Dwarves to rebel against her nasty mother-in-law.

It's in cinemas now, rated PG.

One of the most famous actresses in the world - Julia Roberts. You'll recognise her as the voice of Charlotte the Spider in Charlotte's web.

You'll also probably know Sean Bean who turns up as a bit of a surprise. He's best known as Boromir from Lord of the Rings.

Snow White is played by a rising star called Lily Collins who is more famous at the moment for being the daughter of a singer your parents will know - Phil Collins.

Hit! This a not the Snow White story you expect and it's full of surprises. For a start the Seven Dwarves from the fairytale are a band of thieves instead of nice miners! Snow isn't what you expect either- yes she's 'the fairest of them all' but she's also very brave and a good sword fighter!

One thing I didn't like was one of the dwarf characters called Half Pint who is quite annoying.

The best bits of the film are when the queen orders her servant called Brighton around. They are both really silly and funny.

I also liked the very end of the film when all the characters have a sing and dance - just like they do at the end of Indian Bollywood movies.