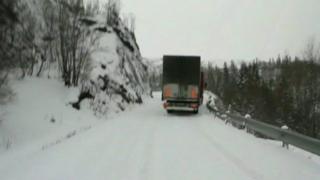 Two drivers in Norway have had a very lucky escape after both their vehicles plunged 200 feet down a cliff.

The red tow truck was pulling a broken down lorry up a snow-covered road when the lorry slid and tipped over a guard rail - sending both vehicles over the edge.

The driver of the tow truck managed to jump to safety but the lorry driver wasn't able to get clear. 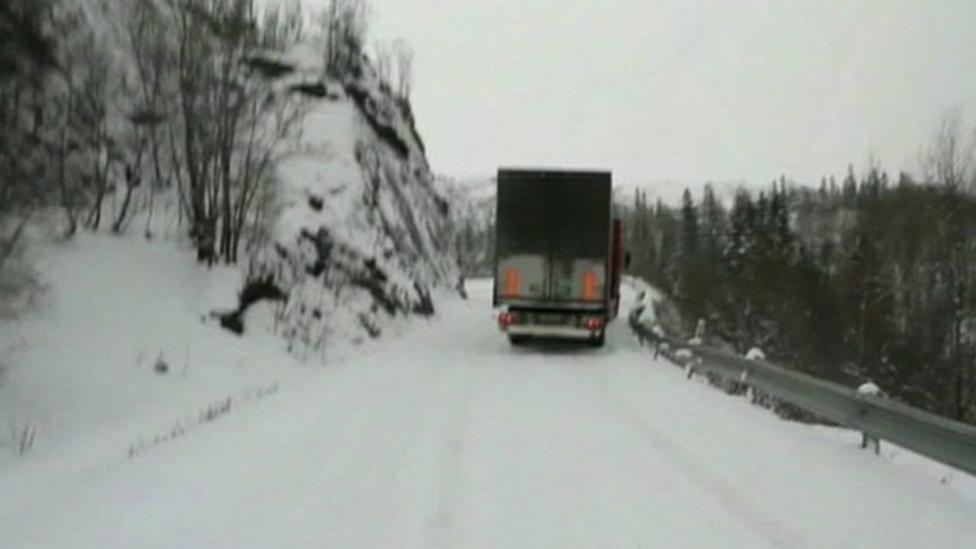