The Dumping Ground show to replace Tracy Beaker on CBBC 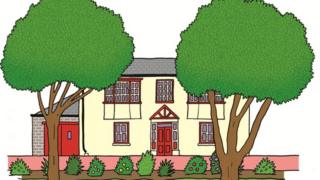 The new drama will be continue to be based in Elm Tree House, the care home from Dame Jacqueline Wilson's famous books.

Tracy Beaker star Dani Harmer won't be in the new programme, and it isn't known yet which residents of Elm Tree House will be in the new series.

The show should be on your TV early in 2013, with filming starting later on this summer.

Gina Cronk, the show's executive producer, says: "It's very exciting to be opening a new chapter in the history of the Dumping Ground.

"The drama, fun and excitement that the audience loved from Tracy Beaker will be back!"

The Dumping Ground will feature Nick Sharratt's illustrations alongside the live action, just like the Tracy Beaker series.