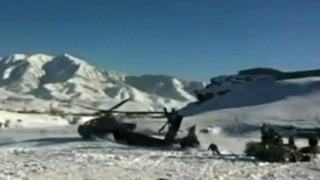 Spectacular video footage has been released of a US Apache helicopter crashing into a snowy mountain in Afghanistan.

It happened in February and an investigation is under way to find out what caused the accident.

The film shows the helicopter flying low over buildings before it spins out of control.

Amazingly, the two men onboard both survived and nobody on the ground was injured. 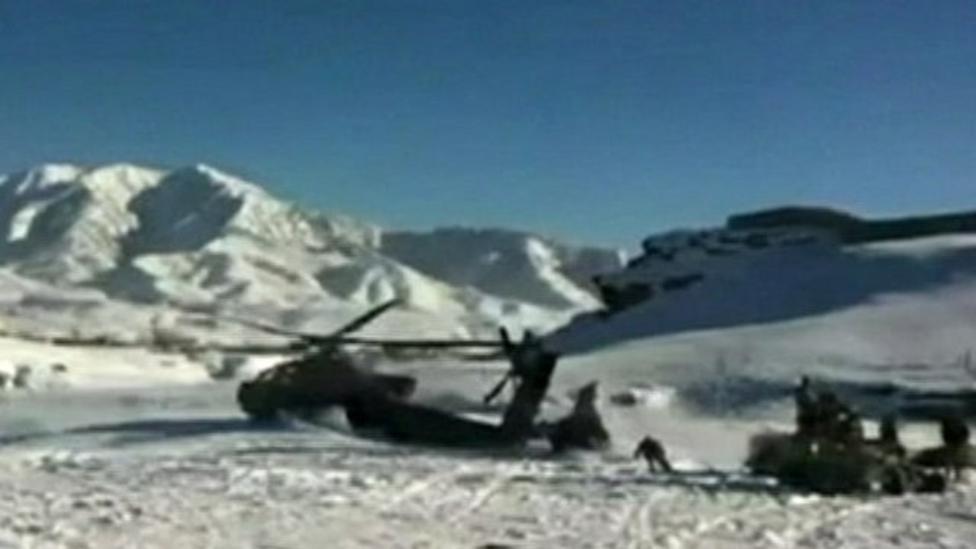