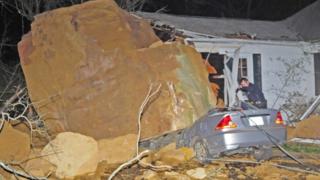 A large boulder has crushed a house and two cars in the US state of Ohio.

Luckily the people who live there were in another part of the house when it happened.

The massive boulder broke off a hillside and hit electricity poles as it rolled towards the house.

Rescue teams say it could take up to a week to remove the rock. 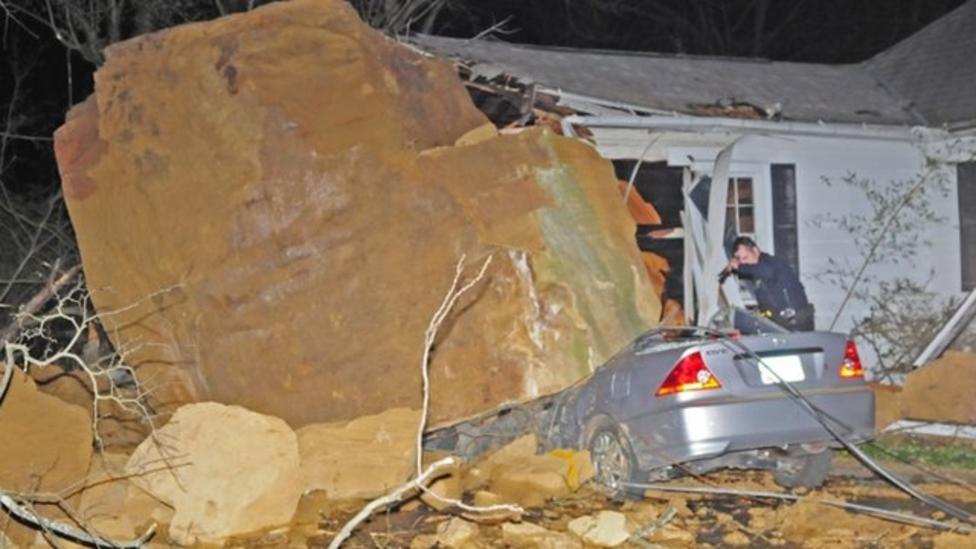