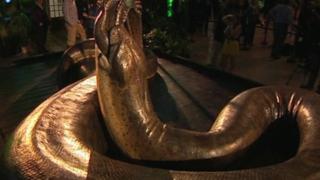 Largest snake in the world unveiled

A statue of the largest snake in the world has been unveiled at Grand Central station in New York.

The snake, called a titanoboa is now extinct but fossilised remains have given experts clues as to what it looked like.

It would have slithered around its native Columbia around 60 million years ago and would have stretched the length of a bus from head to tail.

The titanoboa also had a big appetite and would of been able to eat a whole crocodile for lunch!

Today's longest snake - the reticulate python - would of only been half its length.

And the current heaviest snake - the green anaconda - would of only been a tenth of its weight. 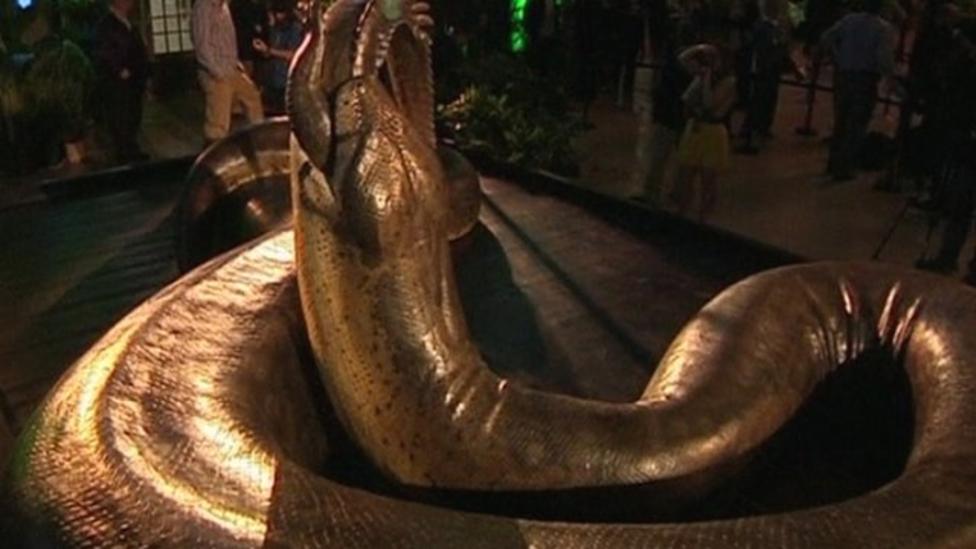 Largest snake in the world unveiled