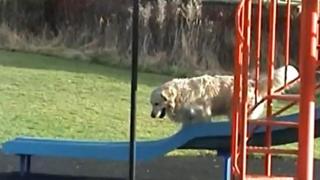 A Golden retriever called Tommy has become an internet sensation.

The playful six-year-old dog was captured on camera sliding down a helter skelter at a park near his home.

Tommy's love for going down the slide came about by accident after his owner climbed up to get a better view of the countryside and he followed.

After he refused to walk back down his owner had to push him down the slide and he's loved it ever since. 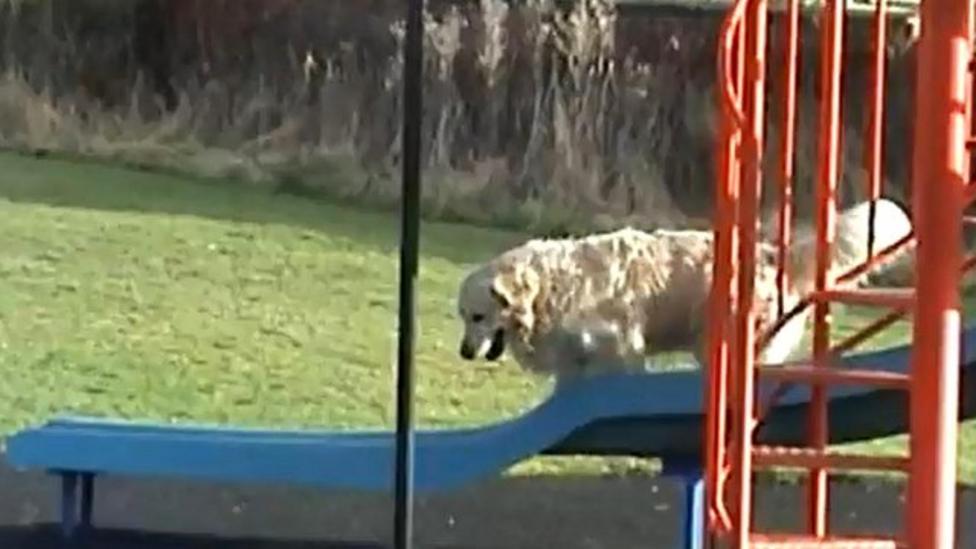