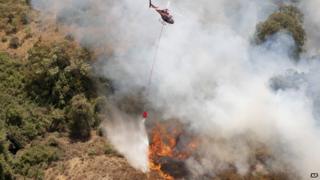 Experts are worried that forest fires on Mount Kenya in East Africa may have been started on purpose.

Wildlife officials think poachers might have set the fires to draw attention away from them as they hunt elephants for the ivory in their tusks.

Lots of elephants and other animals live on the mountain and they've been moving lower down to escape the fire.

It's not unusual for fires to start here but experts think the areas where the fires have started are suspicious.

Lightning can sometimes cause fires to start but there haven't been any storms there recently. 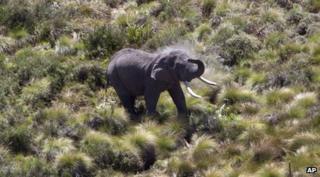 Targeting elephants for their ivory has been illegal since 1989 but some poachers still do this, selling the tusks to make money.

A lot of the forest area on the mountain has been destroyed and fire crews are worried about battling the fire if it spreads.

No elephants or other animals have been hurt by it so far.