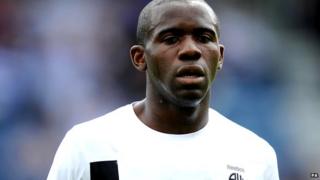 The Bolton player Fabrice Muamba is fighting for his life in hospital after collapsing during a game on Saturday.

He fell on the pitch, with no other players involved, during Bolton's FA Cup quarter final match at Tottenham.

The game, which had reached a 1-1 score, was abandoned.

Paramedics and specialists attended to him on the pitch and he was then carried off and taken to the London Chest Hospital.

It's rare for this to happen

Specialists are still trying to work out what happened - but the problem is with his heart, which stopped completely for a while.

One of the specialists looking after him in hospital, Dr Iqbal Malik, said Fabrice's heart was likely to recover but nobody yet knows what the impact will have been on his brain.

When a human heart stops it means blood is not pumped around the body. If the brain doesn't get enough blood it can be damaged. 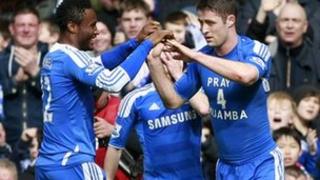 It's very rare for this to happen to a 23-year-old, and especially to a football player who appeared to be fully fit.

Players and fans have been sending online messages of support to Fabrice:

On the pitch, Muamba's former team-mate Gary Cahill scored for Chelsea and revealed a sign on his shirt "PRAY 4 MUAMBA". 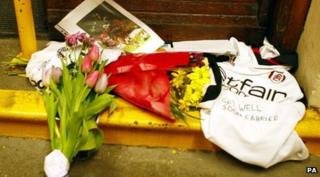 PA
Flowers, scarves and shirts have been left at Bolton's Reebok Stadium.