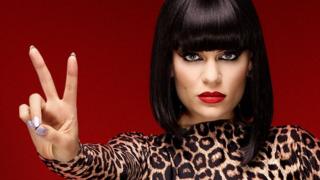 Four of the biggest names in music are looking for a new pop star, but there's a twist. Jessie J, will.i.am, Sir Tom Jones and Danny O'Donoghue won't be able to see the auditionees - they will be chosen purely on the quality of their voice!

She's known for her powerful voice and quirky outfits, but she's also written songs for other pop stars like Miley Cyrus. 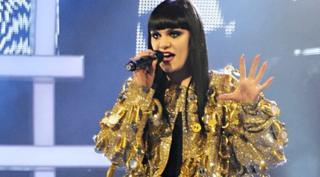 Jessie J is known for her unusual outfits

Jessie J has topped the UK chart twice with her songs Price Tag and Domino, and she's had several more top 10 hits.

Could she coach a star?

Jessie J has worked hard for her success as a pop star, and is no stranger to auditions after she performed in the West End when she was 11.

Having written songs as well as release her own, she knows about the different sides to the music business and her rapid global success shows she knows a thing or two about star quality.

Plus, as the only lady on the panel, Jessie may have a different approach to coaching the auditionees.

"I'm excited to be a coach, inspiration and mentor. It's fresh, it's new, it's something I think everyone's going to want to watch!"