New species of human may have been discovered 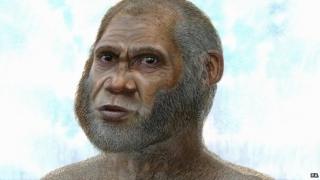 Scientists think fossils found in China may be from a different species of human being.

The remains, including skulls and teeth, are about 11,500 to 14,500 years old. They show features from modern and ancient humans, as well as some new features.

They're being called 'red deer people' - some of the fossils were found in an area called Red Deer Cave.

The fossils were actually discovered more than 20 years ago, but it's only now that scientists have studied them in detail.

Most remains of ancient people - like the Neanderthals who died out around 30,000 years ago - have been found in Europe and Africa.

Fossil finds in Asia are more rare and that's another reason scientists are getting excited with this discovery.