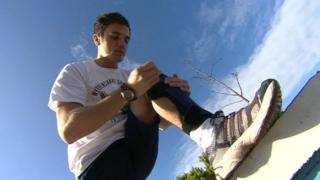 He suffers from muscular dystrophy, which leaves the muscles in his leg weak.

So doctors have just given him new hi-tech supports made from the same material that Paralympic champion Oscar 'Blade Runner' Pistorius uses. 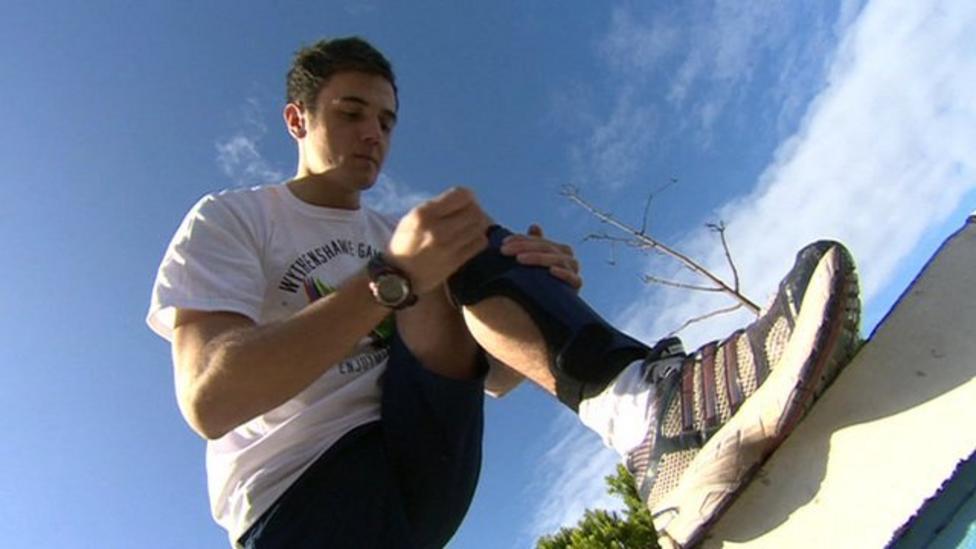