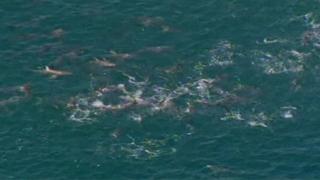 Here's proof that you don't want to get in the way of some hungry sharks!

A beach in Australia was closed for two hours after dozens of sharks were spotted on a feeding frenzy - just a few hundred metres from shore.

This happens all the time in the wild, but it's unusual for it to occur so close to land.

The event was captured by a rescue helicopter. 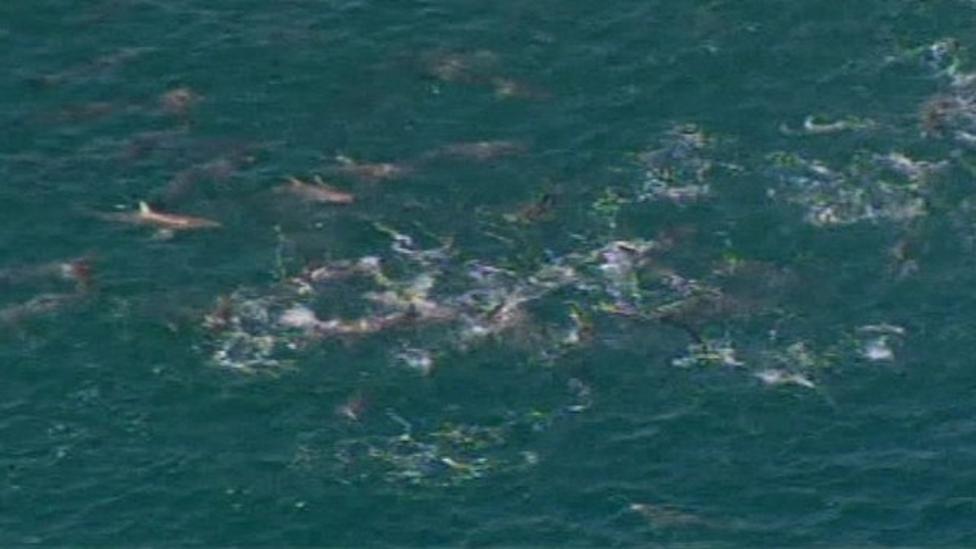