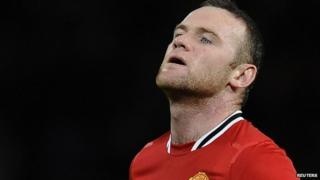 Man United boss Sir Alex Ferguson admitted his side were outplayed by Athletic Bilbao after losing 3-2 at Old Trafford.

Man City have to overturn a one-goal deficit to reach the quarter-finals after losing 1-0 to Sporting Lisbon.

City remain favourites to advance but they'll have to be better in the return leg in Manchester on 15 March.

They'll be hoping for the quick return of skipper Vincent Kompany who hurt his calf during the match.

Sir Alex Ferguson felt the referee made an error awarding a free-kick against Patrice Evra for kicking the ball without his boot on, which resulted in a goal against United.

"The referee said to the players that you can't play without a boot," added Sir Alex. "It seems a bit bizarre as he only passed it about three feet."