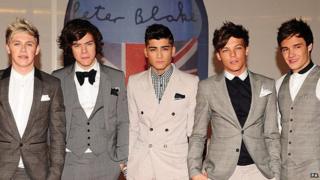 Thought you'd missed out on seeing the One Direction boys in concert? Well you might be in luck!

The band have announced added six new dates to their 2013 arena tour, and rescheduled four others.

It now means that on the boys' second UK tour they'll be doing a mega 39 performances around the country.

Those extra April dates in full: