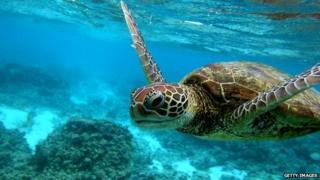 A United Nations team are in Australia to investigate possible damage to the Great Barrier Reef by mining.

Home to 400 types of coral and 1,500 species of fish, the Reef lies off the coast of Queensland, Australia's biggest coal producer.

Environmentalists are worried that coal mining and gas exploration is threatening the reef's future.

They say the plans to increase coal production will mean more big ships carrying coal will damage the reef.

John Hepburn from Greenpeace called it, "a reckless expansion that will have direct impact."

The UN team will spend a week examining the reef for any signs of pollution or damage.