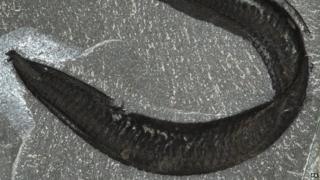 Scientists now think that humans may have evolved from the ancient worm-like animal, called Pikaia gracilens.

Just 5cm long, it lived in the sea over 500 million years ago and is thought to be the oldest member of the vertebrate family.

That means in theory that all animals with spines, from antelopes to zebras and including humans, could be traced back to this worm. 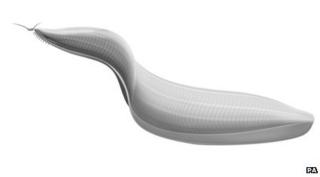 PA
Experts think the Pikaia may have looked like this

When the Pikaia was first discovered in 1911, scientists thought it was related to leeches and earthworms.

A team of experts looked again at Pikaia fossils and made the surprising discovery that the animals actually had a 'notocord' - the beginnings of a backbone.

They now hope to confirm that the creature was a primitive ancestor of all animals with spinal cords.

Dr Jean-Bernard Caron who's been working on the project, said: "It's very humbling to know that swans, snakes, bears, zebras and, incredibly, humans all share a deep history with this tiny creature no longer than my thumb."