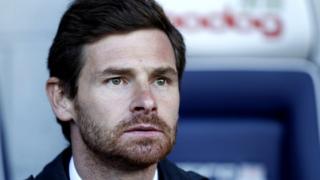 Andre Villas-Boas has been sacked by Chelsea less than a year into his job as the manager.

The news comes after Chelsea lost 1-0 against West Bromwich Albion on Saturday.

In their last 12 Premier League games the team have won three matches.

Former Chelsea midfielder Roberto di Matteo will take charge as first team coach until the end of the season.

Villas-Boas took over as manager in June 2011, signing a three year contract with Chelsea, after Carlo Ancelotti was dismissed in May.