England defeated by Netherlands at Wembley 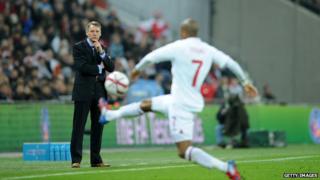 England were beaten by the Netherlands in Stuart Pearce's first match as caretaker manager.

Pearce took over the side after coach Fabio Capello resigned last month.

But the International friendly ended with a late goal from Arjen Robben during injury time, his second of the match, to give the Netherlands a win.