The Wanted and One Direction set to rule the US charts 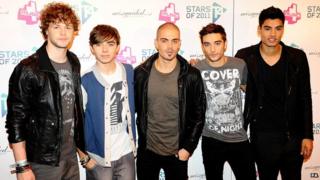 The Wanted are set for world chart domination with their single Glad You Came.

The top British boy band set their sights on conquering the US and Canadian charts - and have done it!

The boys hit the number one spots in both the US and Canadian download charts on Tuesday night.

Tom tweeted "Number 1 in Canada, number 1 in the pop chart in the US! Crazy times for The Wanted. First UK boy band for that to happen to... proud!".

The king of British pop, Gary Barlow, sent his congratulations to the group, tweeting: '"Congratulations @thewantedmusic on your US success. Amazing."

In the past, it's been famously difficult for UK bands to make it big across the Atlantic but it isn't just The Wanted who have been making a splash.

The One Direction boys have also been causing a storm. Their single, What Makes You Beautiful, is currently the highest new British entry in the US download charts for 14 years. It's currently at number 25.

The band made their first TV appearance in Canada this week and were met by hundreds of screaming fans.