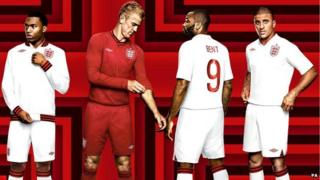 The new England kit has arrived and will be on sale from Wednesday.

It's the first time England have had a red and white home strip but it's not just the design that's making headlines.

The last strip was worn for only eight games, the lowest number ever.

At £70 for a child's shirt, shorts and socks, some fans are angry that they have to spend so much money so often if they want to stay up to date. 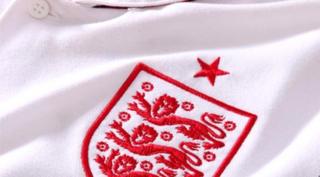 The England kit is changed every 18 months and the Football Association says the money it makes from sales is invested back in the sport.

The new kit will be worn by the team for the first time in their friendly match against the Netherlands on 29 February.