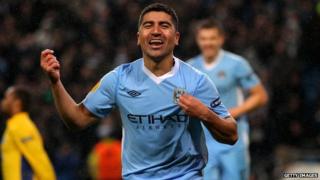 Manchester City swept aside Portuguese champions Porto to reach the final 16 of the Europa League.

Argentine striker Sergio Aguero was once again the star of the show, firing in after just 19 seconds.

Manchester City are now unbeaten in 16 matches at home in Europe, a run that goes back to 14 August 2008. 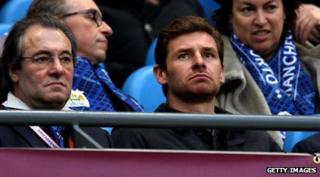 Blues boss Roberto Mancini was once again delighted with his side.

"It is not easy to beat Porto, they are one of the top teams in Europe and I am happy that we are going to the next stage," he said.

The win added to a great week for the Premier League table toppers, following a public apology from Carlos Tevez after he returned to the club.