Tiny chameleon size of a match head found in Madagascar 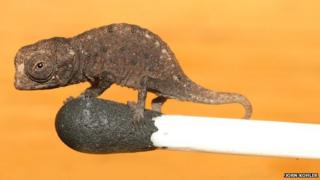 A lizard so small it can stand on a match head has been discovered in Madagascar, south-east Africa.

The miniature chameleon is a 'Brookesia micra' and doesn't grow longer than 3 cm!

It's one of four new species found by a team of German scientists.

They went out at night with torches and headlamps to spot the creatures, which hide under leaves in the day and climb up trees at night. 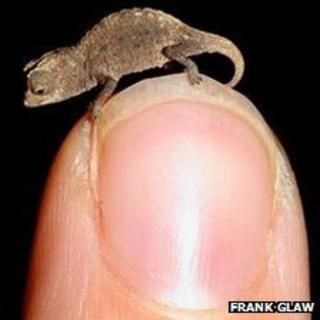 Experts think the lizard may have evolved to be so little because the island it lives on is really small too.

The researchers are calling for more conservation work to help the dwarf reptiles, which they say are threatened by trees being cut down.

The findings are reported in science journal PLoS ONE.