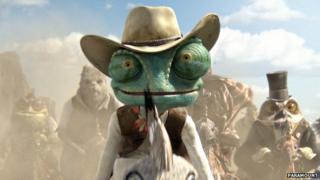 Silent movie the Artist stole the show at the biggest event in the UK film industry, picking up seven of this year's Bafta Film Awards.

The ceremony is the British equivalent of the Oscars and took place at London on Sunday night.

Harry Potter and the Deathly Hallows: Part 2 got a prize for visual effects and Hugo won two, for sound and design.

It was an interesting night for Meryl Streep - she was named best actress for her role in The Iron Lady - a film about Margaret Thatcher, the UK's first female prime minister.

But, when as Meryl was walking up the steps to collect her award, her shoe fell off!