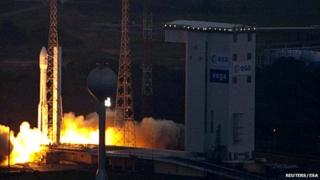 A massive European rocket called Vega has been launched into space on its first ever flight.

It's 30 metres tall - the same height as a very large tree - and it's carrying nine other smaller spacecraft towards the stars.

The launch took place at the Kourou spaceport in French Guiana on the coast of South America on Monday morning.

Vega has been designed by the European space agency (Esa) and built so it can launch other satellites into orbit.

The only way of launching these until now has been on converted Russian missiles. 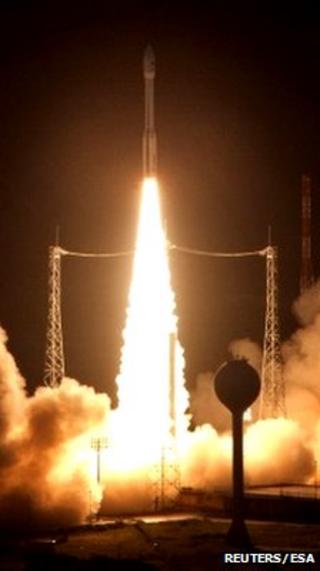 So that means space launches can once again be done by European countries without having to ask America or Russia to help them.

Vega is a new kind of rocket that can get satellites into the right orbit more accurately.

That means fewer problems like the Phobos-Grunt satellite launch to Mars which went totally off-course in autumn 2011.

The Vega system can also bring itself back out of the sky, which means it won't clutter up the earth's atmosphere like many other old satellites.