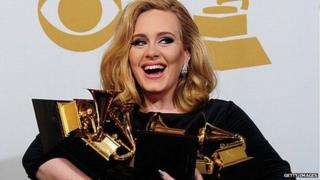 British superstar Adele stormed back to form and took away stacks of trophies from the Grammy Awards in Los Angeles on Sunday.

And she also won best short form music video for Rolling In The Deep.

The British star gave a rousing live performance, her first since she recovered from throat surgery.

Accepting the trophy for best pop solo performance for her song Someone Like You, she said: "I need to thank my doctors, I suppose, who brought my voice back." 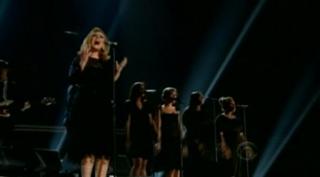