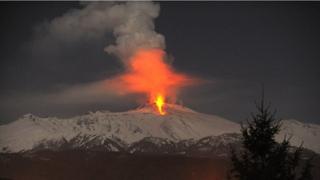 Mount Etna erupts with a bang

Fancy kicking your day off with a bang? Well Europe's most active volcano has been at it again.

Mount Etna has been causing trouble on the Italian island of Sicily, firing lava and volcanic ash in to the sky.

Officials closed the nearby airport, trapping Italian football side Roma at a local hotel.

Check out this clip to see the impressive volcano in action!

In some special places under the Earth's crust, there is red-hot molten rock, called magma.

Volcanoes happen when magma rises to the surface of the Earth, which causes bubbles of gas to appear in it.

This gas can cause pressure to build up in the mountain, and it eventually explodes.

When the magma bursts out of the Earth, it is called lava. 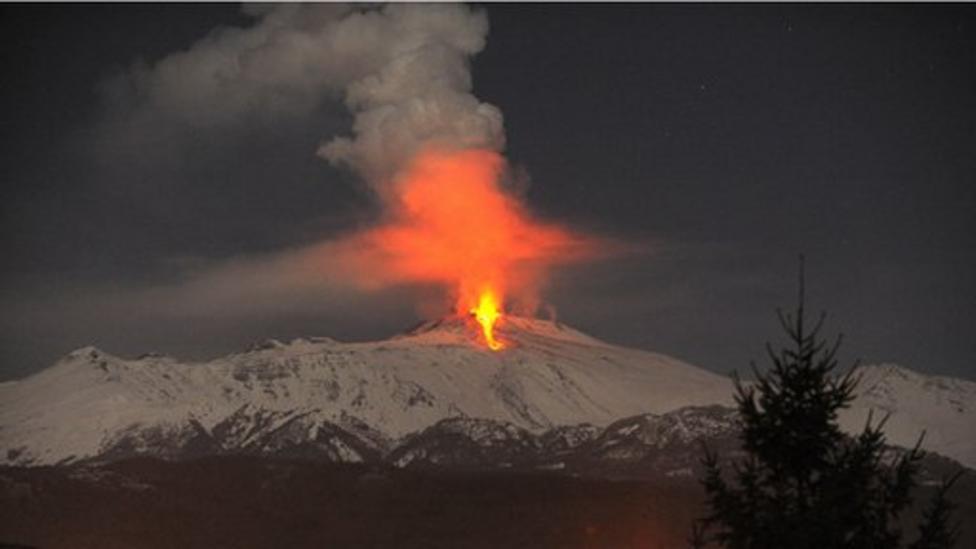 Mount Etna erupts with a bang