Mars meteorite is 'most important for 100 years' 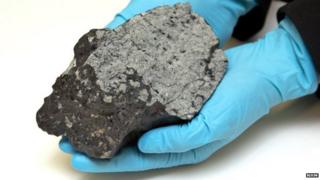 A rare meteorite from Mars has been handed to scientists, who hope it'll help them unlock some of the Red Planet's secrets.

The Natural History Museum in London was given the 1kg Tissint rock thanks to an anonymous donor.

Researchers will use the meteorite to find out more about Mars' history and whether the planet's ever had life.

It landed in Morocco last July and it was picked up really soon after it fell, so is 'clean' from Earth's dirt. 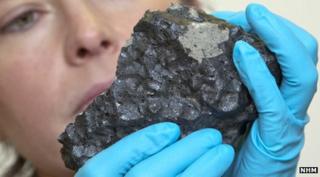 "It is as if it has just been blasted off Mars," explained the museum's Dr Caroline Smith.

She added: "This meteorite is the most important meteorite to have landed on Planet Earth in the last 100 years."

Meteorites are natural objects made of rock or iron that survive their fall through the Earth's atmosphere from space.