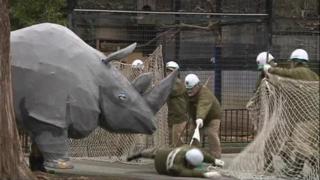 Ever wondered how a zoo prepares for an animal escape?

Using two men in a papier mache rhino of course!

Over a hundred staff took part in this bizarre drill, which tries to recreate what would happen if a rhino escaped after an earthquake.

Once keepers had surrounded the rhino with a net, it was tranquillized and captured, before the two staff inside the rhino were allowed to return to their normal duties. 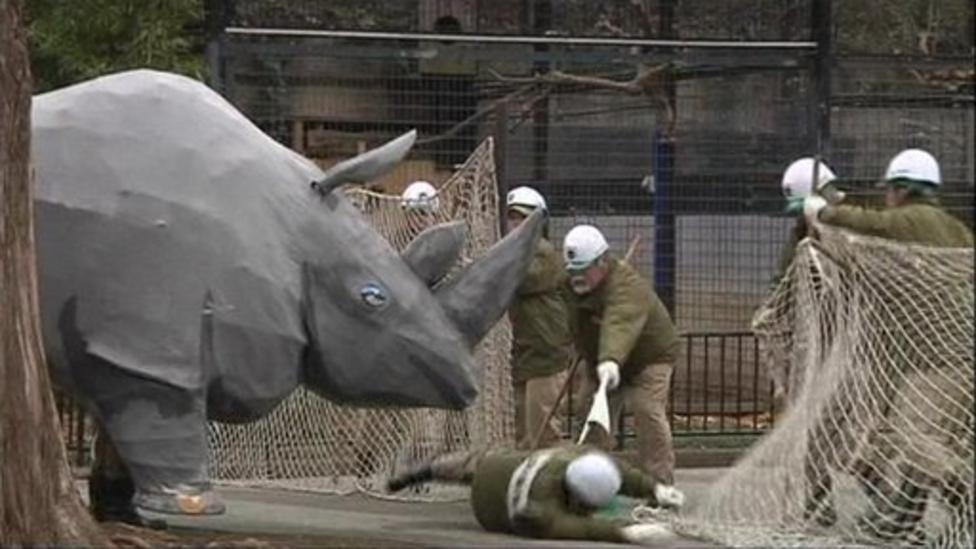