Falklands: Argentina to complain to UN about Britain

The argument over the Falkland Islands is heating up, after Argentina's president said she's going to complain to the United Nations about Britain.

The islands in the South Atlantic have been ruled by Britain since 1833, but Argentina wants them back.

President Cristina Fernandez de Kirchner is upset that Britain's sent a warship to the area - and that Prince William's gone there too.

But the British government said these things are "routine" - not unusual. 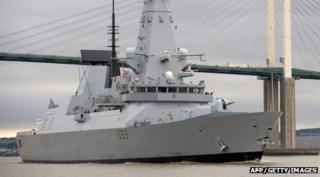 AFP
The HMS Dauntless, the warship that Britain is sending to the Falklands

Tensions have been increasing between Argentina and the UK over the past few months.

Prince William went to the Falklands earlier this month to work as a RAF search and rescue pilot - he'll be there for six weeks.

In December, a group of South American countries said it was closing its ports to any ships with the Falklands flag.

30 years since the Falklands War

This year marks the 30th anniversary of the war between Britain and Argentina over the Falklands.

In 1982, Argentina invaded the islands, claiming it inherited them from Spain.

The war ended after 74 days when Argentina surrendered. 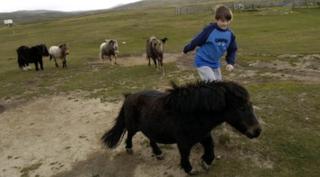 The Falklands only have a population of about 2,500

Britain has said it's not going to discuss the issue because the people living on the Falklands want to keep it under British rule.