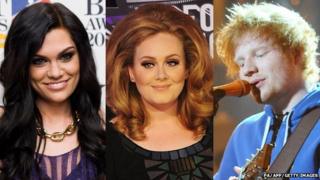 It's the biggest slice of the album market that homegrown artists have had in 15 years.

Much of that was down to Adele's unstoppable 21, which sold a staggering 3.7 million copies.