Big 3-3 draw for United and Chelsea 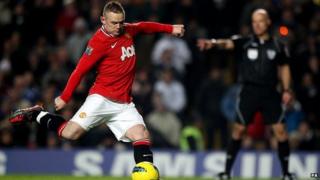 Manchester United held Chelsea to a 3-3 draw in a stunning comeback on Sunday.

At half time the second-place Premier League team were down 3-0 at Stamford Bridge after three strong goals by Chelsea.

But thanks to two penalties scored by Rooney, the reds fought back and levelled 3-3 after 90 minutes.

It means Manchester United are still second in the Premier League, but only two points behind leaders Manchester City.

On Saturday, Arsenal punished Blackburn with a 7-1 victory thanks to a Van Persie hat trick and two goals from new sensation Oxlade-Chamberlain. 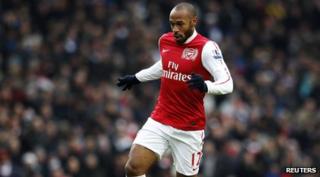 Reuters
Henry's goal could be his last ever at the Emirates

He has two matches remaining with Arsenal - both at away grounds - before his loan deal comes to an end.

In other Premier League matches, Manchester City thumped Fulham 3-0 to stay top of the table. Norwich taught Bolton a lesson with a 2-0 victory, and Stoke were beaten at home by a strong Sunderland.

Newcastle continued their impressive form with a 2-1 victory over Aston Villa.