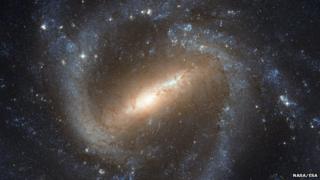 The Hubble space telescope has captured an image of a galaxy with what appears to be a bar of light across the middle.

This galaxy has the rather boring name of NGC 1073 and is part of a constellation called Cetus.

Stargazers say the discovery could help us better understand our own galaxy, the Milky Way.

The description given to galaxies like this is "barred spiral" and helps experts figure out how old the galaxy might be. 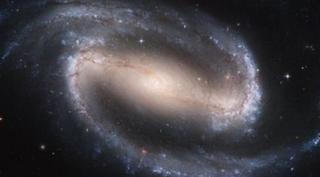