A senior member of the government, Chris Huhne, has resigned his job after being accused of lying to the police.

He was investigated by Essex Police for eight months after his ex-wife told the media they had arranged to lie about when their car was caught speeding.

She claimed Mr Huhne told her to say she was the driver - even though she says it was actually him at the wheel.

He has always insisted this is not true, but he's quit his job "to avoid distraction".

He was the secretary for energy and climate change - which means he was in charge of how people get their electricity and gas, as well as how Britain is acting to tackle global warming.

What did Chris Huhne do wrong?

Nobody has yet proved that Chris Huhne actually did anything wrong. But he's accused, along with his ex-wife, of lying to the police.

When someone is accused of this, it's described in law as "perverting the course of justice".

By telling the police his wife was driving the car, Chris Huhne would have avoided getting penalty points put on his driving licence. 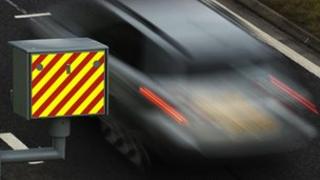 When a driver is caught speeding they have to hand in their licence, and it is marked with penalty points. Each time it happens the driver gets three points.

If the driver gets 12 points, they are banned from driving. How long they're banned for is decided by the courts.