The young refugees of Syria's conflict

Fighting in Syria has been going on for nearly a year now and there's no sign of it slowing down.

The fighting started because people aren't happy with the way the country is being run but the President, Bashar al-Assad, doesn't want to step down.

It's thought that over five thousand people have been killed so far and many more Syrians have been forced to leave their homes.

I went to the Syria-Lebanon border to meet some of the refugees. I wanted to find out why they chose to leave and what life's like for them in the camps.

Life in an abandoned school

13-year-old Usmaan arrived in Lebanon from Syria a few months ago. I found him living in an old Lebanese school that he and his family have been allowed to live in. 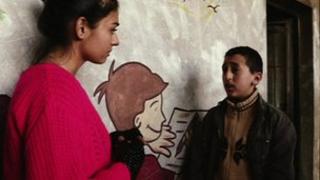 Usmaan left Syria, along with the rest of his family, because of the fighting

Usmaan showed me where he and his very large family slept and eat. It was one of the abandoned classrooms with some clothes on the floor to sleep on and a small gas stove where the few meals they had were made.

It was extremely cold but the small makeshift heater they had was off. They explained that fuel was too expensive and they just had to wear as many clothes as they could to keep warm.

Armaane, another refugee told me: "Sometimes we have to choose between using the fuel to cook our meals or heating the room."

They had to leave most of their things behind in Syria so they don't have anything here to play with. There's no school for them to go to. 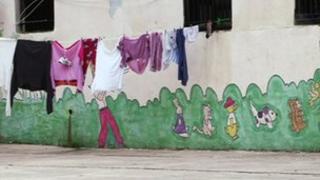 "There's nothing to do here. Before, in my home in Syria I had friends and after school we would have picnics and play.

"But after the fighting started, after we came here, I lost all my friends and we have nothing to do."

There are over 6,000 Syrian refugees like Armaane and Usmaan in Lebanon, but as the fighting carries on that number may continue to rise.